Magazine
Home
News
About Us
Sponsors

Merton's position as a London borough ripe for development was showcased at the launch of the first edition of 3Fox International's Future Merton magazine.

On 29 November, council leader Stephen Alambritis highlighted Merton’s key assets to an audience of 111 delegates at the BNP Paribas offices in the City of London.

Investors, developers and architects heard that Merton is the only London borough to offer train, tube and tram as connectivity options and how regeneration plans are developing in Colliers Wood, Morden and Wimbledon.

Alambritis also pointed to research that indicates the famous Wimbledon lawn tennis tournament boosts the local economy by £16 million and £40 million for London.

“It [the tournament] attracts a TV audience of 1.2 billion worldwide – not 1.2 million, 1.2 billion,” he said. “That audience has always heard of Wimbledon but have rarely heard of Merton. Therefore, Merton’s possibly the most famous place that people have seen but never heard of.”

In Morden, the council is hoping to find ways to better the experience for 27,000 people who pass daily through the tube station, which is at the end of the Northern line on the London Underground.

“I know Sadiq Khan [the mayor of London] is keen to look at all end-of-the-line areas and we want people to stop in Morden to shop and enjoy the amenities,” said Alambritis.

The leader also pointed to Merton’s success in encouraging developing businesses, having been voted the Best All-Round Small Business Friendly Borough in 2014 by the London Region of The Federation of Small Businesses (FSB) and London Councils.

This is something Alambitis is looking to build on, using his 20 years of experience of working with the federation before being appointed by Merton Council.

The leader said he was "delighted" to be launching Future Merton magazine, which “is an opportunity to showcase Merton and the development and regeneration activities which represent more than £1 billion of investment in the borough.”

Tom Pocock, managing director at Berkeley Homes, praised the council’s administration and said: “We like working with Merton because they adopt a positive approach to regeneration.”

Berkeley Homes has delivered a number of schemes across the borough, including Trinity Place in Raynes Park, which features a 2,320sq m Waitrose, 88 apartments and a car park. It is currently developing more than 100 homes, a cinema and sports facilities in Wimbledon Hill Park.

“We work closely with officers, politicians and members of the local community to deliver high quality places where people want to live, work and play,” explained Pocock.

Alambritis praised the developers and members of the Future Merton regeneration team in attendance.

“As leader of the council, I’m very proud that Merton consistently achieves its housing and affordable housing targets,” he said.

“Much of this is down to the work with the Future Merton team who are here and of course, the planning service and you the developers, who share our vision of creating places where people want to be.” 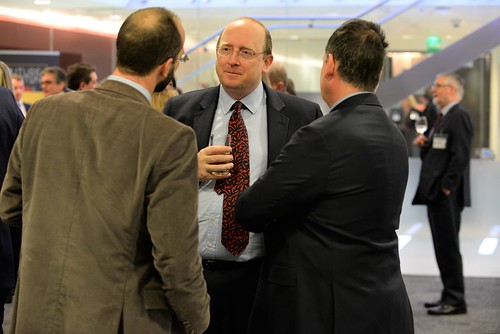